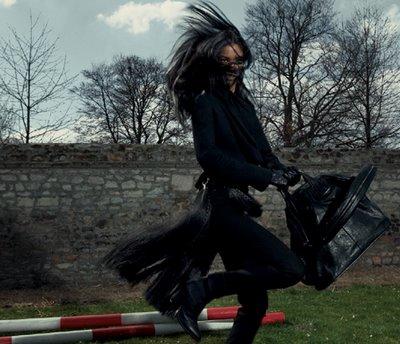 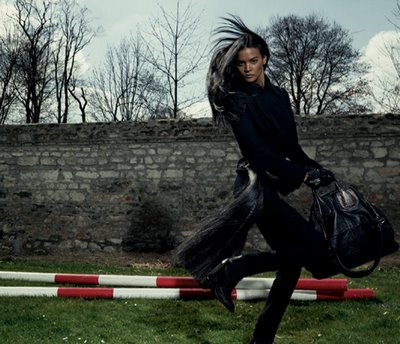 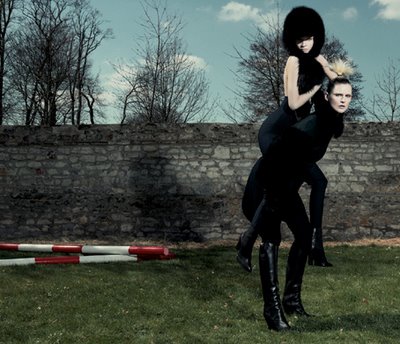 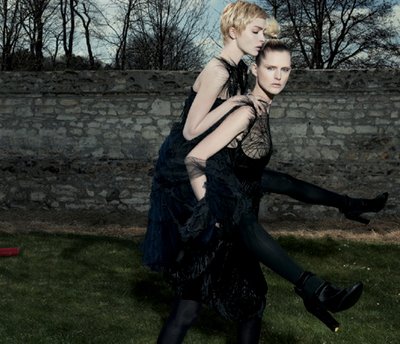 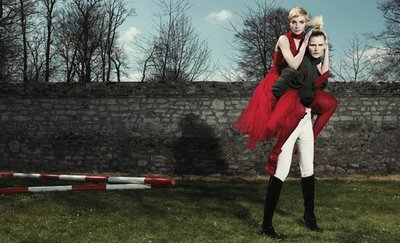 Stella's hair would be understandable if she was a Celtic warrior heading into battle c. 60 AD or something, but I don't believe that is the intended look, so someone fire the hair and makeup person stat.

And Mariacarla... I guess being muse to Riccardo Tisci (current designer for the house of Givenchy) means you get to ride around on people's backs a lot.

Whatever happened to this?: 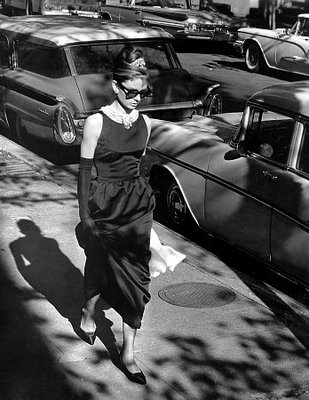 Oh wow I love this! Its so weird...but cool! Who was the photographer? Looks like Steve Meisel..i dunno

wow...for the ms hepburn joint! but the 1st and 2nd shots are amazing

I still like the polo pony vibe they have going on. I think it's very British and maybe you'd have to be a fan of Goldfrapp's horsetail-onstage vibe to appreciate it, but I still like it. (Though their definitely not as good as Audrey Hepburn, but who can truly measure up to her?)

and what happened to the likes of the spring campaign? it was so good! wow...

as for horse accessories...reminds me of helmut lang '04...never worked for me either

I like kya's pictures because she is that dark (in this case animal) beauty...The other pictures just look dumb. The horse thing is OLD...Like 5 years now where it shows here and there, like trying to be kinky. But it just looks dumb when this girls seem to be so serious about it, instead of having fun or looking turned on...this way looks just SILLY.

Oh, crazy stuff, they're really poor adverts from an aesthetic stand point. They need to ditch their agency.

OH LA LA! What would Count Hubert James Marcel Taffin de Givenchy say???
He must be banging his head against the 18th century marble mantelpiece in his Parisian mansion right this minute.

It's a great shot of Audrey but no one seems to realize how awkard this dress makes her breasts look. Like unflattering ju-jubes, I say.

I like her boobs in the photograph! It's the shadow, and she looks beautiful. The horse ads on the other hand... ha ha. What a joke!

I remember too helmut lang but in colour, maybe the equestrian style it's old but the picture are shocking if you compares with the rest of fw campaigns. the people are talking about it.

But at least they didn't try to do an Audrey ...

Maybe it's a consequence of the Madonna in the stables shoot.

what the hell? it's like watching dogs getting it on.

oh I love it! I had to come back and say so. It is so weird now, but Ricardo seems very conceptual. I LOOOOOOVE Liya! weee the hair in the face is too cool. The model on top of model is interesting. Kinda hard to pose when some1 is on ur back (remembing, u gotta hold that pose)

Yes Mariana, I saw it was on sale too! Funny timing.

ew. it's really disturbing and really depressing. especially pic #3 & #4. it does look like dogs getting it on. but the second shot is very good.

Oh, didn't know this campaign before I saw your blog, well I love the shootage, eventhough theyr are "austères" not depressing but... "gloomy" anyway good.
But that's so Not Givenchy kind to me (exept dresses)
taken apart the shootage are good :)

Both the Vuitton and the Givenchy campaigns are pretty fetish-heavy, then. Interesting.

These photographs are ridiculous, it's true, but you can't deny the boots in the penultimate photo are TDF! I wish there were more catalog-friendly photos *think: JCrew, in these ads so I can get a better look and figure out if I need to buy them. Not everyone lives next to a Givenchy boutique.